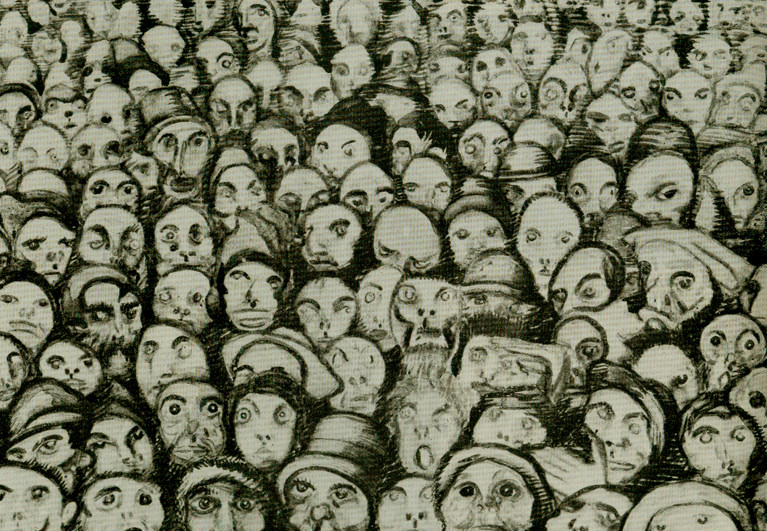 I just read something I probably should have read years ago, Stephen Holmes' "The Permanent Structure of Antiliberal Thought." (It was blown up into a book, The Anatomy of Antiliberalism, I believe.) Since I definitely consider myself an anti-liberal in some sense (Aristotelian, and hence "conservative," but also Marxist, and hence "radical"), I feel a bit silly for having missed Holmes' essay until now.

Holmes claims "to identify twenty fundamental fallacies or intellectual failings of antiliberalism: six theoretical confusions and fourteen historical errors." That's quite a bit to tackle. I'll say only this about the "fourteen historical errors": I'm sympathetic to Holmes' point on some of these, but he seems, in the midst of his list, to forget that he is supposed to be pointing out historical errors. That is, he begins by pointing to claims anti-liberals make about the liberal tradition that distort the history of that tradition (no liberal actually believes in pre-social human beings, for example), but then he ceases making historical claims at all, and reverts to supposed conceptual confusions (like the anti-liberal skepticism about state neutrality).

Leaving those fourteen points aside, however, what about the six basic theoretical or conceptual confusions? As I understand them, they are:
I'm very sympathetic to (6); it's basically an application of The German Ideology. Anti-liberal academics are ideologues and idealists. Hard to argue with that.

I'm also sympathetic, to some extent, with (3), but it hardly seems to be a complaint about anti-liberalism as such. Rather, that seems to be an attack on a certain Christianity that pervades normative discourse. Certainly it cannot be applied to Aristotelians--we love ourselves best! This also sits uneasily with Holmes' own (correct) assertion that a "self-exception taboo" is central to liberalism. Conflating self-regarding behavior with bad behavior is problematic, I agree, but conflating self-excepting behavior with bad behavior is not obviously less problematic. Erecting fairness as the moral absolute is just as questionable as is erecting selflessness as such.

The other "confusions" (1, 2, 4, 5) all seem to be of a piece, and strike me as methodological. Here it seems to me that Holmes wants anti-liberals to play the same game that liberals play (a bit of righteous indignation at what he perceives as self-excepting behavior?). Liberal political theory (and political life) centers on discussing the rules and procedures we all should agree to follow, and the institutions that would best embody and secure the acceptance and stability of said rules. Basically, Holmes wants anti-liberals to join in that discussion. He says to anti-liberals: tell us more about this community you want, about its rules and institutions, its decision-making criteria for the use of state coercion, etc. When anti-liberals don't join this conversation, he accuses them of playing unfairly, of criticizing liberalism without opening themselves up to the same critical scrutiny.

This is obviously the complaint in (1) and (4), but I think it is also at work in his complaints about what I would call anti-liberalism's appeal to authenticity. Holmes thinks there is an is/ought error (2) or an outright contradiction (5) at work whenever anti-liberals say something to the effect that liberal society is not a "real" society, or that an authentic community acknowledges itself in ways that liberal society cannot. But, while "become what you are" is a paradoxical ethical demand, this does not mean that it is a nonsensical ethical demand. Or, if it is, then I doubt that liberalism can escape this nonsense any more than anti-liberalism can, despite the fact that the structure of the liberal theory game posits the ideal as something we can articulate outside of and prior to our action that would implement (or approximate) that ideal. Kant and the Kantian strand of liberal theory have always been on-board with the immanence of the norm to the domain ruled by the norm.

Anyway, have other thoughts about Holmes' article, but this is long enough already. I will say just one more thing: I've been reading a lot of very defensive liberals recently. George Sher's Beyond Neutrality opens with this astonishing bit about how "todays liberal thinkers are waging a necessary and courageous battle on behalf of certain vital but embattled Enlightenment attitudes," a battle against the dark forces of postmodernism, which would "reduce all political and intellectual disagreements to so much jockeying for power and advantage." Holmes' essay fairly drips with a similar sense of being embattled; one of his points against the anti-liberals is that they "uniformly underestimate the fragility and beleagueredness of the liberal tradition." Has this defensiveness passed out of liberalism? Was this just a symptom of the times (Holmes wrote in 1989 and Sher in 1997)? Was liberalism really so precarious (as a political theory) so recently? It just seems incredible to me now.
at 10:21 AM